BIOTECHNOLOGY IN AGRICULTURE AND FOOD SYSTEMS: AN EXAMPLE OF SCIENCE AND SOCIETY AT A CROSSROAD

Biotechnology applications in agriculture and food systems have placed science and society at a crossroad in North America, Europe and large parts of Asia. Revolutionary advancesin the biological sciences, such as cloning and other genetic manipulations of plants, animals and microorganisms, open up avenues of discovery of unprecedented potential. Such revolutionary moments, however, have historically attracted resistance and opposition. Most recently, use of genetically modified organisms (GMO's) in food has spawned debate among scientists and attentive members of the public. This is not the first time that rapid advances in science and the results of scientific experimentation have generated controversy. One of the earliest crossroads between science and society occurred in the 16th and 17th centuries between scientists and the prevailing belief system. Well documented are the arguments by the established church againstthe works of Galileo Galilei (1564-1642), who postulated an astronomical system that was, not geocentric, but heliocentric. In those early times, the crossroad was clearly set between the proponents of scientific theory and established societal beliefs. So, with a long historical lens, the present day controversy over GMO's and biotechnology may be seen as an extension of a time worn historical process of scientific controversy. With a shorter historical lens, it may be seen as the aftermath of previous societal concerns over the use of nuclear power, over the irradiation of foods, and as the consequence of a growing mistrust of scientists, government officials, and corporate agriculture in the Western world. The concerns expressed are wide-ranging andobjections are often strongly held. Objections to the applications of biotechnology range from1)gene pollution of important world food crops and livestock, 2)concern over ownership ofgenes, 3)allergic reactions to engineered proteins, 4)industrialization of the food system,5)corporate control in agriculture, to 6)the demise of local food systems. This paper will address the crossroad issues now prevalent in North America and relate these to biotechnology opportunities and concerns that may arise in the Arabian Gulf. 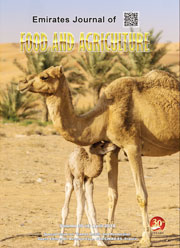